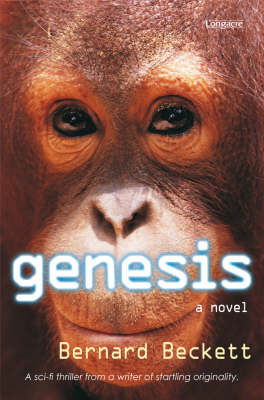 In Genesis, Bernard Beckett, one of our most provocative writers for young adults, gives us his view of a brave new world. In a terrifying and stifling examination environment a young Academy candidate, Anaximander, is put through a gruelling exercise in interpreting the history and origins of her society.
Through her answers, we learn that in 2052, New Zealand has been renamed The Republic after a reforming Governor, Plato. It has separated itself from a plague-ridden globe with a gargantuan ring fence guarded with military outposts. All approaching boats, exploratory air craft or refugees are shot on sight. Society is strictly divided and individuals deviate from their assigned roles at their peril.
When one man, Adam Forde (2058-2077) insists on his right to independent thought and action, The Republic is set at grave risk. Adam is imprisoned: his sentence is to become the participant in a programming experiment with a new brand of artificial intelligence. Through AnaximanderÃÂÃÂÃÂÃÂÃÂÃÂÃÂÃÂ¢ÃÂÃÂÃÂÃÂÃÂÃÂÃÂÃÂÃÂÃÂÃÂÃÂÃÂÃÂÃÂÃÂs rendition of AdamÃÂÃÂÃÂÃÂÃÂÃÂÃÂÃÂ¢ÃÂÃÂÃÂÃÂÃÂÃÂÃÂÃÂÃÂÃÂÃÂÃÂÃÂÃÂÃÂÃÂs debates with Artfink, the computer, and her own increasingly disturbing encounter with members of the Academy, we are confronted with unresolved questions raised by science and philosophy.
What is consciousness What makes us human What separates us from the animal and mechanistic worldsr If artificial intelligence were developed to a high enough capability, what status could humanity still claim As a species, we may have built in our own obsolescence, even if the planet itself is preserved.

Bernard Beckett is one of our most provocative and inventive writers for young people. His books are extremely popular with teenagers. He has won awards and fellowships for his fiction: Genesis is his seventh novel. Of the most recent, Malcolm and Juliet won the 2005 New Zealand Post Young Adult Fiction category, Jolt is currently being made into a film and Deep Fried was short-listed for the 2006 New Zealand Post Book Awards for Children and Young Adults.