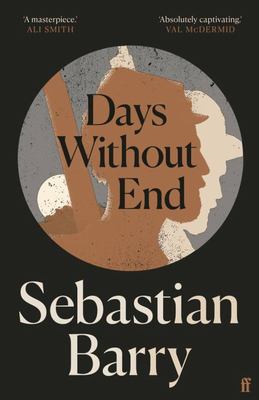 Two-time Man Booker Shortlisted AuthorCosta Award WinnerThomas McNulty, barely seventeen and having fled the Great Famine, signs up for the U.S. Army in the 1850s. With his brother in arms, John Cole, Thomas fights in the Indian Wars and, ultimately, the Civil War. Orphans of terrible hardships, the men find these days to be vivid and alive, despite the horrors they see and are complicit in.

~ Thomas McNulty, a young Irish boy, flees the great hunger after the failure of the potato crop in 1825. He finds his way onto a ship bound for Canada and against all odds survives the horrific boat journey. He has already seen too much to be afraid and has nothing to lose. He meets John Cole, the both of them still children really, cast out from previous lives and obliged to survive any way they can. The army becomes a good option and together they fight in the Indian wars as the US government brutally takes control of a land already inhabited. It soon becomes apparent that Cole is and remains much more than a friend.

This is an amazing piece of storytelling - lyrical, atmospheric and a new look at this period of time in America's history from a different perspective. So eloquently written in Barry's characteristic style. Lynne

Sebastian Barry was born in Dublin in 1955. His novels and plays have won the Costa Book of the Year award, the Kerry Group Irish Fiction Prize, the Irish Book Awards Novel of the Year, the Independent Booksellers Prize and the James Tait Black Memorial Prize. He also had two consecutive novels, A Long Long Way (2005) and the top ten bestseller The Secret Scripture (2008), shortlisted for the MAN Booker Prize. The Secret Scripture also won the 2008 Costa Book of the Year. He lives in Wicklow with his wife and three children.