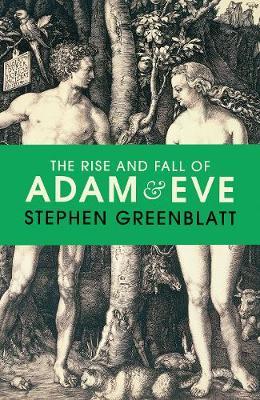 The Rise and Fall of Adam and Eve

Humans cannot live without stories. But one story has proved itself the most durable and hauntingly real of all time. The mythic tale of Adam and Eve has shaped conceptions of human origins and destiny for centuries. Stemming from a few verses in an ancient book, it became not just the foundation of three major world faiths, but has evolved through art, philosophy and science to serve as the mirror in which we seem to glimpse the whole, long history of our fears and desires. What is it about Adam and Eve's story that fascinates us? What does it tell us about how our species lives, dies, works or has sex? In a quest that begins at the dawn of time, Stephen Greenblatt takes us from ancient Babylonia to the forests of east Africa. We meet evolutionary biologists and fossilised ancestors; we grapple with morality and marriage in Milton's Paradise Lost; and we decide if the Fall is the unvarnished truth or fictional allegory. Ultimately, The Rise and Fall of Adam and Eve allows us a new understanding of ourselves.

The author is probably best known for his biography of Shakespeare; Will in the World, and this latest work is no less ambitious. In relation to the title, why is it, he asks, that we are so willing to believe something we know to be untrue? We may be godless these days but the history of our imagination is anything but. And that's a partial answer; history refers to story and story is what we tell ourselves to answer the big questions. The Genesis story about the first man and woman occupies little more than a page in the bible yet it tells us where we are, why we are here and even establishes rules for our conduct. Greenblatt follows Adam and Eve out of the garden – now loaded with the guilt of original sin and destined to inevitable death – through to their redemption at last, during the Renaissance. Artists such as Michelangelo and Durer depict them as heroic rather than harassed, and then finally, Darwin puts an end to them after two millennia. There are many entertaining stories along the way, such as an estimate that Adam lived exactly 930 years, and whether Eve should be painted with a navel, since she had no mother. What gives this book intellectual tension is less its 'New Historicism' so much as the author's own ambivalence. In his prologue Greenblatt explains the discovery that meant he had been raised on a lie, but even so, it would have been so much more comforting to believe that God was God. A little learning is a dangerous thing. Mike

Stephen Greenblatt is Cogan University Professor of the Humanities at Harvard University. He is the author of twelve books, including The Swerve: How the World Became Modern, which won the National Book Award and a Pulitzer Prize, as well as the New York Times bestseller Will in the World: How Shakespeare Became Shakespeare and the classic university text Renaissance Self-Fashioning. He is General Editor of The Norton Anthology of English Literature and of The Norton Shakespeare, and has edited seven collections of literary criticism.