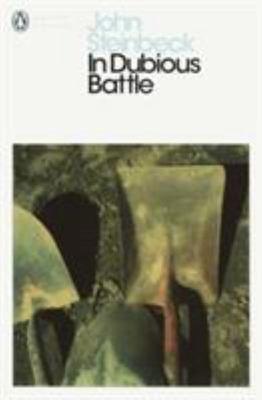 A riveting novel of labor strife and apocalyptic violence that maps the frontier where the masses become a mobAt once a relentlessly fast-paced, admirably observed novel of social unrest and the story of a young manâe(tm)s struggle for identity, In Dubious Battle is set in the California apple country, where a strike by migrant workers against rapacious landowners spirals out of control, as principled defiance metamorphoses into blind fanaticism. Caught in the upheaval is Jim Nolan, a once aimless man who finds himself in the course of the strike, briefly becomes its leader, and is ultimately crushed in its service.âeoeDramatically intense, beautifully written. It is the real thing; it has a vigor of sheer storytelling that may sweep away many prejudices.âe âe"The New Republic

Nobel-Prize winning author John Steinbeck is remembered as one of the greatest and best-loved American writers of the twentieth century. His complete works will be available in Penguin Modern Classics