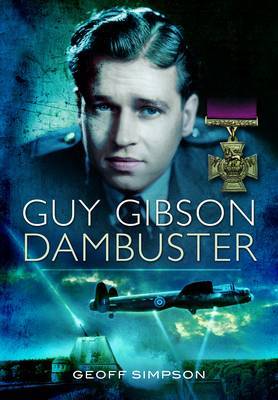 A new assessment of the life of one of the most famous and controversial airmen of the Second World War, this book covers Guy Gibson's sometimes troubled upbringing and the impact on him of his time at St Edward's School, Oxford. In particular, the story of his career in the RAF is relayed, including his stunning leadership achievement in creating No 617 Squadron and leading its attack on the dams of western Germany. The much discussed circumstances of his unnecessary death and the theories which have grown up around it are examined, as well as his legacy - he remains a great British hero almost 70 years after his death in a world utterly different to the one he knew.

Geoff Simpson is a writer and journalist who has studied the RAF in the Second World War for many years. He has written a number of books on the subject, as well as lecturing and broadcasting. He also leads battlefield tours in southern England, visiting sites associated with the Battle of Britain. Geoff is a Trustee of the Battle of Britain Memorial Trust, a member of the RAF Historical Society and a former Council member of the Friends of the Imperial War Museum.