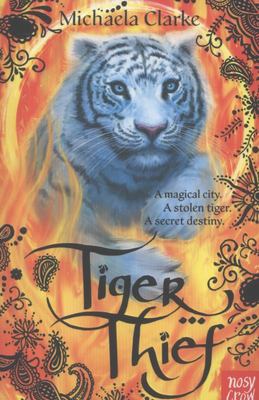 A debut novel that will amaze and delight everyone who loves an absorbing story beautifully told. Sharat and his majestic white tiger, Emira, are two halves of the same soul. The thought of being separated is unbearable. So when Emira mysteriously disappears in the middle of their circus act, Sharat is devastated. He's also determined to get her back, despite the force of the Empire being ranged against him. His journey will be perilous and revealing, and shot through with magic.

Michaela Clarke is a yoga teacher in London. She practises yoga and meditation but she also loves to sing and dance with her friends, paint pictures and go for long walks in nature.